The partners at Walsh, Fewkes & Sterba have earned excellent reputations as experienced and effective trial lawyers. 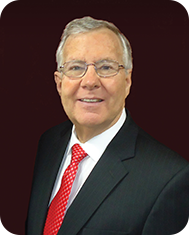 Matthew P. Walsh has been litigating significant cases in both State and Federal courts for over 45 years.  Matt began his legal career as a prosecutor in the Cook County State’s Attorney’s Office where he rose through the ranks to become chief of the felony trial division. He has tried countless cases to verdict and earned a reputation as a premier trial lawyer.  Parade magazine, distributed by the Chicago Tribune, named Matt one of the top 10 criminal defense attorneys in Cook County.

Matt also is a community leader. He served as the president of the Moraine Valley Community College Foundation Board for 20 years, and is a past member of the Illinois State Appellate Defender Commission. 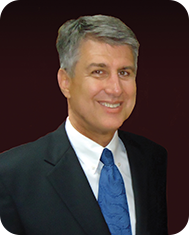 David A. Fewkes has been a trial lawyer for over 35 years. His litigation experience includes plaintiff’s personal injury cases and criminal defense. He also has an extensive background in the area of administrative law.

Dave was elected Alderman in the City of Palos Heights and served as chairman of the City Council’s Finance Committee and Public Safety Committee. He also served as mayor pro tem. Dave presently serves as a member of the Board of Directors of the University of Illinois Chapter of the Sigma Chi Fraternity, the Illinois State Bar Association, Chicago Bar Association and the Southwest Suburban Bar Association.

David P. Sterba began his legal career over 35 years ago as an assistant Cook County State’s Attorney. He was a criminal prosecutor from 1985 to 1990 before entering private practice, where he concentrated in criminal defense.

In 1996, he was elected circuit judge of the Circuit Court of Cook County. For over 10 years he served in the felony trial division where he presided over hundreds of felony bench and jury trials before being appointed presiding judge of the Fifth Municipal District, where he supervised 24 judges and oversaw the court operations for 35 municipalities. Three years later, the Illinois Supreme Court appointed him to the Illinois Appellate Court, First District.

David Sterba has served as an adjunct professor of law at the John Marshall Law School, where he taught trial skills, and also periodically appears in the Chicago Daily Law Bulletin as a guest columnist. In 2012, the South Suburban and Southwest Suburban Bar Associations presented him with their “Jurist of the Year” award. He retired from the bench in 2013 and co-founded Walsh, Fewkes & Sterba.